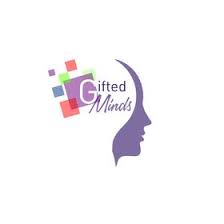 When I was growing up, I can’t remember how young now but before the age of 10. Whenever I would look look up into the light or just stare in space, I would see what looked like bubbles in the air falling through. Sometimes the objects would look exactly like bubbles but different shapes, other times they were more like shades. The colours were pinks, purples and greens mostly.
There was one problem though, no one else could see them. I would point them out and ask my mum what they were, but she would never see them.
One day, I was so glad when she explained to me what they were, she said they were fluff that came out of clothes. As time went on, I soon realised that we were not speaking of the same thing, she still couldn’t see them.
This morning, as I held my 4 year old in my arms, she said mummy what are those pictures in the light? I said, ‘which pictures?’ She said, ‘like bubbles, they are purple and pink and they are falling.’
I immediately knew what she was talking about. I saw them all through growing up, I just stopped asking because it seemed no one else did. We continued our conversation about the blurbs in the air.
Then she said, ‘now it’s turning into a butterfly.’ I responded, ‘stop o, yours is on a different level.’ She laughed in her mischievous way.
I turned to my husband and I said, aren’t you scared about what we are talking about?
He said, ‘No, I have always known you were gifted and so is your daughter, we just need to understand the fullness of these gifts.’
So there’s 2 of us now, how comforting.
Hmmm…